Alert Stay up to date with the City's response to COVID-19. Sign up for email and text alerts Read On...

In December 2018, the City of Frederick awarded the lease of a 620,000 square feet site at FDK to the Aircraft Owners and Pilots Association (AOPA) for the development of a hangar complex consisting of up to 194,400 square feet of general aviation aircraft hangars. Under the terms of the multi-year lease agreement, AOPA will assume responsibility for the phased design, construction, and management of the new multi-hangar complex. In the first 24-month phase, AOPA will deliver six 60 feet by 60 feet hangars and thirty 45 feet door T-hangars.

A second and third phase are to be completed according to demand – with the ultimate ability to build up to nine total buildings, 110 box and T-hangars. The new hangar complex will nearly double storage capacity at the rapidly expanding airport.

Quotes About the Development

AOPA appreciates the opportunity to work the City of Frederick which shares our commitment to continue to develop Frederick Municipal Airport in a way that makes financial sense, while also addressing the needs of all the diverse segments of aviation. Airports and cities across America face a number of challenges in undertaking hangar development, and AOPA believes public-private partnerships may be a solution.  - AOPA President, Mark Baker 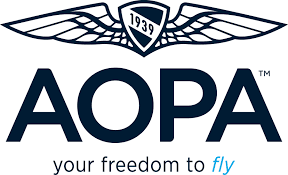 This new hangar development project with AOPA is yet another exciting step in our multi-faceted plan to strengthen the competitiveness of FDK’s amenities. We are excited these plans will allow us realize this next stage of development in close-partnership with AOPA – a world-class organization with a mutual mission to solidify FDK’s position as a leading general aviation facility and the preferred executive airport in the National Capital Region. - Airport Manager, Rick Johnson