The City of Frederick’s beauty seems to be magnified during the winter months. Snow-covered mountain landscapes, ice-covered Carroll Creek, and Culler Lake – it’s a sight so often seen from late fall to early spring. Before the first snow arrives in Frederick, The City of Frederick reminds residents to take necessary precautions, review property owner responsibilities and connect with the City to stay in the know.

To be alerted and remain informed during winter months, the City encourages the following:

If you are interested in the status of your street during a winter weather event, please use our snow app. 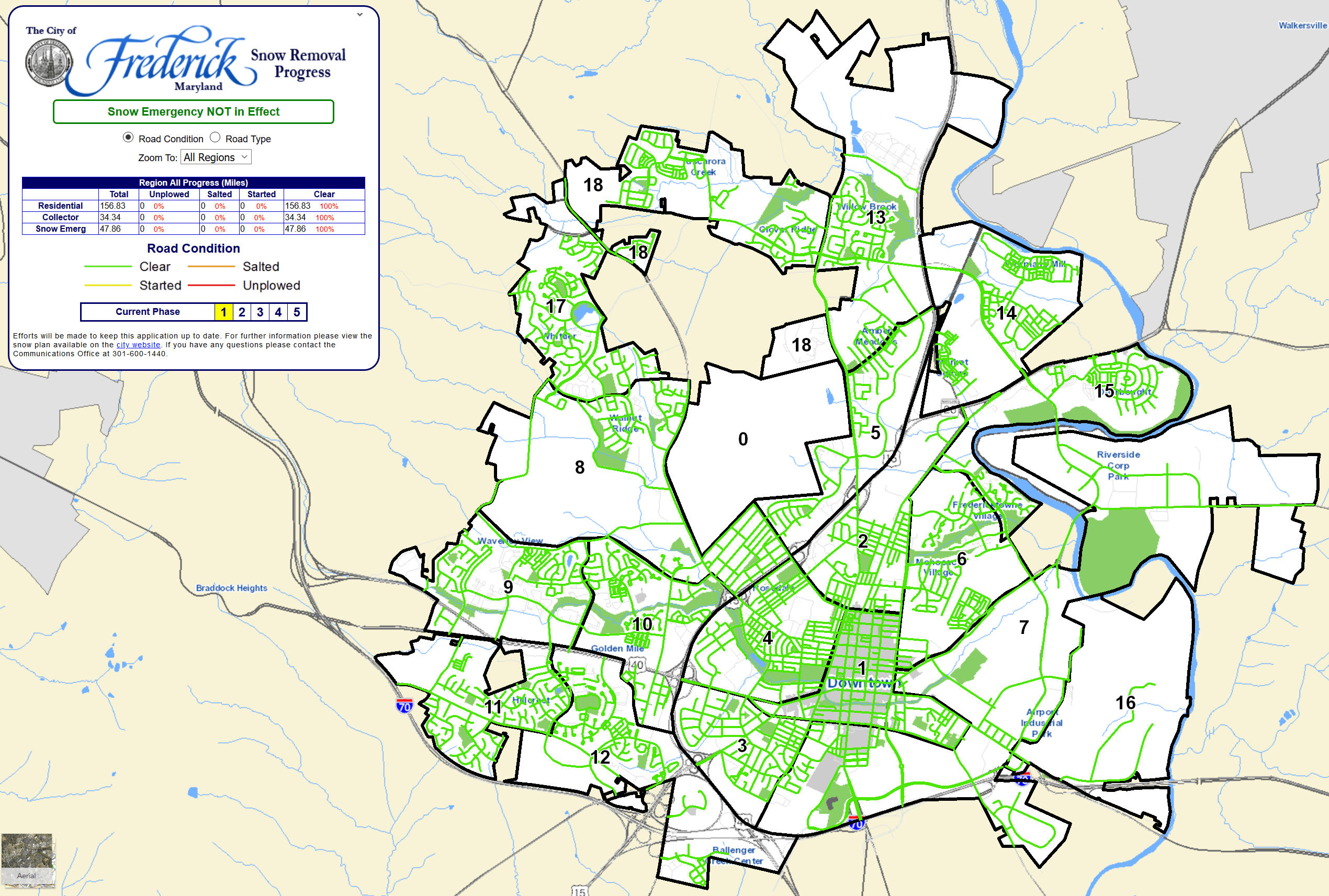